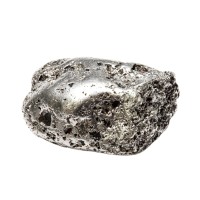 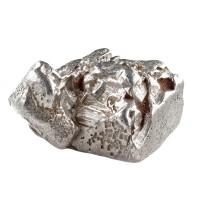 It is a greyish white, relatively soft metal that retains its shine even at high temperatures. It is as malleable as gold and silver. In addition to jewellery, medical equipment and laboratory instruments, its alloys are used to make electrodes, contact materials and spark plugs. It does not show a marked response to temperature changes. It belongs to the group of transition metals. The name platinum actually dates back to 1763, when a Spanish astronomer named it platinum, which means "little silver" in Spanish. Platinum, which is of natural origin, was used in ancient Egypt as a substitute for silver. The Indians made jewellery from platinum.

Platinum jewellery is a real rarity, as it is a special and expensive material compared to silver and gold. Combined with diamonds, it can be used to make jewellery rarities. Thanks to its tissue-friendly properties, platinum is also used in medicine (e.g. to make pacemakers).

The elements in the platinum group are divided into two groups, the light and heavy platinum group, based on their physical properties. Platinum is one of the rare elements in the earth's crust. They are always found together and their minerals are exclusively metallic, i.e. alloys. They also occur in small amounts in primary deposits of iron, chromium and copper ores, but are also more abundant in alloys. The reason for this is that, as the ores decompose, the platinum metals become free and are deposited in the sediments of rivers in specific locations due to their high density. Such secondary deposits are found mainly on the eastern and western slopes of the Ural Mountains. Here platinum-grouped metals occur in a productive state. Platinum metals can also be extracted from anode mud. They are very similar in chemical properties, to about the same extent as the metals of the iron group. They can also be called noble metals, although only platinum is completely resistant to oxygen.

Platinum is a rare element in the earth's crust. Today it is mined in parts of South Africa and Russia.